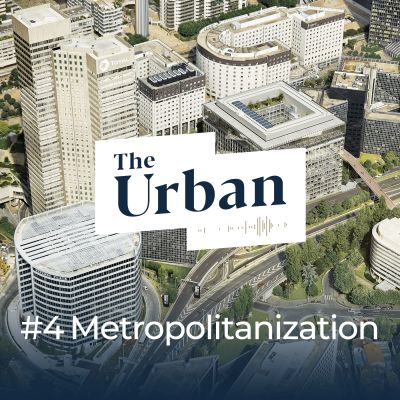 “The three most important things to focus on would be people, people and people”

Nearly 70% of humanity will live in cities by 2050. This future is just tomorrow. But will more inclusive, fluid and greener cities happen overnight?

Local governments and tech giants are facing a user and citizen backlash as we become more aware of the power of data-driven areas. And even differences between urban, suburban and rural areas are slightly fading, blurring the lines of the 21st century societies.

In this final episode, The Urban tackle what « metropo-litan-ization » really means.

Will megacities become the new black? Can they be weapon of mass awareness to fight against climate change? And what have we learnt from grassroots movements questioning power and society over the past few months?

We’ve asked these questions to our three great guests of the day:

A podcast by Gecina

More info at Gecina.fr and @Gecina on social media